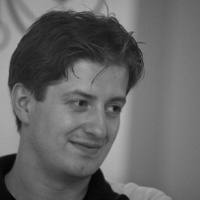 Computing is everywhere. Yet, computing is still largely underutilized within manufacturing systems. Similarly, product design remains mostly manual relying on insights and experience of experts. There is a significant opportunity to change this status quo; however, many challenges remain.
In this talk, I will show examples of intelligent manufacturing systems that use computer vision to eliminate both systematic and random errors in manufactured parts. I will discuss challenges of developing future manufacturing systems that learn and improve their performance. Next, I will present examples of how computing can be used in solving challenging design problems. I will demonstrate this on inverse design of structures with billions of degrees of freedom. Next, I will move to the inverse design of dynamic systems where both structure and control need to be synthesized. I will show how differentiable numerical simulation can be employed to efficiently solve this problem in the context of both rigid and soft robots. Finally, I will describe a process that discovers patterns and mechanisms in optimal designs that have been automatically computed using inverse methods.

Biography: Wojciech Matusik is a Professor of EECS and Mechanical Engineering at MIT, where he leads the Computational Design and Fabrication Group. Before coming to MIT, he worked at Mitsubishi Electric Research Laboratories, Adobe Systems, and Disney Research. He studied computer graphics at MIT and received his PhD in 2003. He also received a BS in EECS from the University of California at Berkeley in 1997 and MS in EECS from MIT in 2001. His research interests are in computational design and fabrication, computer vision, robotics, and hci. In 2004, he was named one of the world’s top 100 young innovators by MIT’s Technology Review Magazine. In 2009, he received the Significant New Researcher Award from ACM Siggraph. In 2012, Matusik received the DARPA Young Faculty Award and he was named a Sloan Research Fellow. In 2014, he received Ruth and Joel Spira Award for Excellence in Teaching.