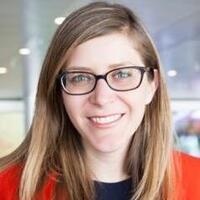 Since February 2021, Katie Hammer has served as MIT’s Vice President for Finance, overseeing the thoughtful stewardship and effective deployment of the Institute’s resources. Prior to joining MIT, Katie held leadership roles in the City of Detroit, including Chief Deputy CFO and Deputy Chief Operating Officer, in which she oversaw budget, treasury, procurement, and other financial functions.

As Chief Deputy CFO and Deputy Chief Operating Officer for the City of Detroit, Katie Hammer worked on efforts to address many of the city’s fiscal and economic challenges. In 2017, Katie joined Mayor Mike Duggan’s administration, which has focused on solving some of the Detroit’s most complex problems following the City’s exit from bankruptcy at the end of 2014. During her time in Detroit, Katie supported the city’s enactment of multiple years of balanced budgets that improved city services; implementation of a capital investment strategy to improve city infrastructure, activate commercial corridors, reduce blight and renew facilities; and the development of a strategy to deploy federal funds and reduce city expenses during the COVID-19 pandemic to ensure continued solvency for the city. She was also part of the team that brought a new Fiat Chrysler assembly plant to Detroit, creating 4,950 total new jobs for Detroiters.

Katie will provide context about Detroit’s population decline and financial challenges leading up to the bankruptcy, followed by the path to growing job opportunities and small businesses, a return of basic city services, beautification of Detroit neighborhoods and business districts, fiscal progress, and improved quality of life for Detroiters.