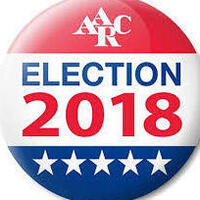 At DefCon, in July 2017, hackers were granted legal access to several types of election systems (including voting systems, back office equipment and e-poll books) for the first time.  Reportedly, every machine was breached in some manner.  The NSA, FBI and CIA have jointly reported that Russia has a three-prong approach to influence our elections, which includes using botnets to propagate fake news, exposing sensitive emails and hacking into vulnerable state election systems.  There are many other cases such as these that show how vulnerable our election infrastructure has become.  This presentation will outline the latest facts, the history of how we got to where we are, and what is currently being done to secure the November elections.

Dr. Suzanne Mello-Stark is a computer science professor at Rhode Island College.  She is an advisor to the Rhode Island Board of Elections and a current member of Congressman James Langevin’s cybersecurity advisory board.  Her research focuses on digital forensics, cryptography, security and networking implementations in current election technologies.

This program is the first in a 5-part series on the 2018 elections. Coffee, tea and desserts will be provided.