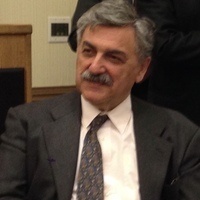 "U.S.- Iran Relations: What Will It Take—On Both Sides—to End the “Forever Enemies” Stalemate?"

Ali Banuazizi will lead a talk and Q&A focusing on the prospects, expectations, and impediments faced by each side as the Biden Administration seeks to re-join the 2015 nuclear deal (JCPOA) under a broader, multilateral agreement that would include Iran’s missile program, its relations with its Arab neighbors and Israel, its support for non-state groups in the region, and U.S.-imposed sanctions and "maximum pressure" policies.

Ali Banuazizi is Professor of Political Science at Boston College and Director of the Program in Islamic Civilization & Societies, and an affiliate of MIT’s Center for International Studies. He is the author of numerous articles on society, culture, and politics of Iran and the Middle East, co-author (with A. Ashraf) of Social Classes, the State and Revolution in Iran (in Persian, 2008), and co-editor (with Myron Weiner) of three books on politics, religion and society in Southwest and Central Asia. He served as the founding editor of the Journal of Iranian Studies for 14 years (1968-82) and Associate Editor of the Encyclopedia of Islam and the Muslim World. He is a past President of the Middle East Studies Association (MESA) and the Association for Iranian Studies (AIS).