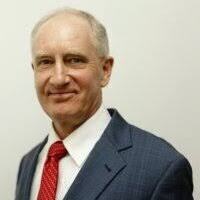 Emile Bustani Seminar: "Youth and the October Revolution in Iraq: Between Sectarianism and Democracy"

"Youth and the October Revolution in Iraq: Between Sectarianism and Democracy"

Thousands of Iraqi youth have been participating in the October Revolution (Thawrat Tishreen) which began in October 2019.  Despite suffering hundreds of deaths and over 20,000 wounded, kidnapped and tortured by pro-Iranian Iraqi security forces and Iran's proxy militias in Iraq, youth demonstrations have continued in an entirely peaceful manner, demanding an end to state corruption and the implementation of a true social democracy in Iraq.

The October Revolution has already led to the resignation of one prime minister and the scheduling of early parliamentary elections in June 2021.  Will Iraqi youth, who constitute 70% of the population, be able to bring about democratic change or will Iraq's militia movement (al-Hashad al-Sha'bi) be able to exploit poor youth and sustain Iraq's current sectarian politics?

Eric Davis is Professor of Political Science at Rutgers University in New Brunswick, New Jersey. Davis is author of Challenging Colonialism: Bank Misr and Egyptian Industrialization, 1920- 1941, which was recently reissued by Princeton University Press in its Legacy Series (Arabic translations: Institute for Arab Studies, Beirut; Dar al-Sharook, Cairo), Memories of State: Politics, History and Collective Identity in Modern Iraq (University of California Press; Arabic translation: Arab Institute for Research and Publications, Beirut and Amman), and Statecraft in the Middle East: Oil. Historical Memory and Popular Culture. He has a contract with Cambridge University Press for Taking Democracy Seriously in Iraq, and is currently completing a study, Youth and the Allure if Terrorism: Identity, Recruitment, Political Economy. Davis has held fellowships from the Shelby Cullum Davis Center for Historical Studies, Princeton University, the Wissenschaftskolleg zu Berlin (Institute for Advanced Studies), the Hoover Institution, Stanford University, the United States Institute of Peace, the IREX Foundation, and the Social Science Research Council, where he led a five-year study of political and social change in Arab oil-producing countries. In 2007-2008, he was appointed a Carnegie Scholar by the Carnegie Corporation of New York. Davis lectures regularly at the US Department of State where he assists in the training of diplomats and other US government personnel serving in Iraq.