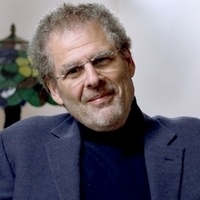 Emile Bustani Seminar: "Confederation: The Only Possible Two-State Solution for Israel and Palestine"

“Confederation: The Only Possible Two-State Solution for Israel and Palestine”
Bernard Avishai

A two-state solution can be preempted by catastrophe, inertia, demagogy, venal leaders, weak leaders—or it can be pushed off to another generation. It cannot just be “over.” Neither can you splice the word “solution” onto the words “one-state,” and promise resolution of the conflict—not unless you expect that state to be as grotesque as the continuing occupation. Yet “two states” always portended a reciprocal structure of independence and interdependence: in effect, a confederation. No other arrangement could ever have worked.  Israel and Palestine must share a collective security regime, a common urban infrastructure and common business ecosystem.  Talk on the Israeli center-left of “divorce” was a mirage, especially in view of Israel’s large Arab minority.

Bernard Avishai teaches political economy at Dartmouth and is the author of The Tragedy of Zionism and The Hebrew Republic, among other books. He writes regularly for the New Yorker. He is a past technology editor of Harvard Business Review, and International Director of Intellectual Capital at KPMG. He was selected as a Guggenheim fellow in 1987.