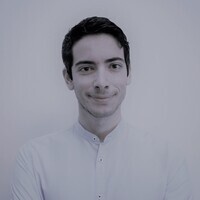 There seems to be a consensus in Lebanon that the country’s unfolding and ever-worsening financial collapse will be taught as a case study around the world one day. The collapse itself however is not the product of a few years of public mismanagement and poor decision-making. Instead, it's the result of three decades of greed, graft, and gridlock, where political agendas, business interests, and the weaponization of identity and religion fed off one another in a carefully designed and protected system. Along the way, everyday Lebanese citizens have paid and continue to pay the price of exploitation and submission. How and why did Lebanon’s financial collapse unfold the way it did? Can the Lebanese society and economy still be saved? Where does Lebanon go from here?

Christophe Abi-Nassif is the founding director of the Lebanon program at the Middle East Institute in Washington DC. He is also a dual-degree graduate student at the John F. Kennedy School of Government at Harvard University and the Wharton School of the University of Pennsylvania. Prior to that, he was a Beirut-based consultant advising public sector entities throughout the Middle East. More recently, he was a consultant at the World Bank's Office of the Chief Economist for the Middle East and North Africa. He writes on Lebanese current affairs.