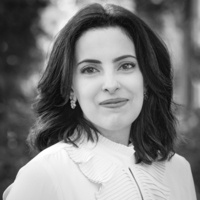 "Women Leaders as Conveyors of Change in Saudi Arabia"

In Saudi Arabia, gender politics has been carefully constructed by the state to promote a specific national identity for women as citizens. In the recent years, and concurrent with the ascent of the Crown Prince Mohammed Bin Salman to power, women appointment in leadership positions have been significantly increased and widely promoted in local and international media as a symbol of change. The newly appointed women leaders emerge within a hyper-nationalist political environment that has shifted from a previously religious one. It commands an unconditional support to the new political leadership and its version for state feminism. The new state feminism will be explored as reflected by the public positions of the appointed women leaders on gender reforms. It invites caution in evaluating the influence of women leaders under authoritarianism. In fact, the appointments can be ineffective, if not detrimental, in advancing rights when women leaders reproduce the restrictive norms of the existing status quo, while other forms of organic feminism are severely repressed.

Hala Aldosari is a scholar and activist from Saudi Arabia, now based in the United States. Her research and writings explored the social determinants of women’s health, violence against women, legal reforms and the civil societies of Saudi Arabia and the Arab Gulf States.  She is currently the Robert E. Wihlem fellow at MIT Center for International Studies. She serves as an advisory board member for Human Rights Watch for the Middle East and North Africa, the Gulf Center for Human Rights and the “Every Woman” global initiative to prevent violence against women and girls. She has previously worked as a medical scientist and a consultant for health research and policies in Saudi Arabia. In addition, she worked as visiting scholar in leading think tanks and universities. Her advocacy for women's rights has been recognized with various awards; including the 2018 Alison Des Forge award from human rights watch and the 2016 Freedom award from Freedom House. As an op-ed writer, her analysis was featured in prominent media outlets. In 2009, she became the inaugural fellow of the Washington Post, Khashoggi fellowship.