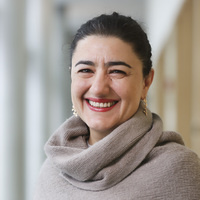 Emile Bustani Seminar: "Is the 1979 Revolution Still Relevant to the Islamic Republic of Iran?"

"Is the 1979 Revolution Still Relevant to the Islamic Republic of Iran?"

The Iranian revolution of 1979 recently turned forty. Unlike with the French who forty years after their time-altering revolution saw both the restoration and final disappearance of the Bourbon monarchy and the short life of the Orlean reign, the four decades following Iran's revolution have been remarkably stable. The Islamic Republic, the hybrid political system that was created in the revolution's aftermath, remains in place, absorbing political, economic, social, and cultural shocks through the unique flexibility built into its skeletal frame. But are we standing at a turning point whereby the Islamic Republic of Iran is no longer tethered to its revolutionary past?

On the one hand, the revolution, in terms of history and memory, is alive and well in the discourse of the Islamic Republic. The men (and a handful of women) who are steering the country in these volatile times for the most part forged their political identities within the fires of the revolution. The Islamic Revolutionary Guard Corps, undisputedly the most powerful force in Iran's political and economic system, was born out of the revolution's zeal and passion. Its constitution, which it has as yet to discard, remains a document of revolutionary power struggle and, in places, compromise. Its oppositional forces, regardless of their legitimacy, are all in different ways in conversation with the revolutionary past. On the other hand, there is a sense that the revolution as both an engine and brake for post-revolutionary developments, particularly those within the political realm, has left the scene. Since 2005 and the emergence of Mahmoud Ahmadinejad, a new cadre of political figures have emerged—younger and less bound to the ideals of this particularly twentieth century revolution with its ideals of social justice, anti-imperial struggle, and even, counter intuitively, clerical rule. In this talk, Naghmeh Sohrabi will draw on her research on the 1979 Iranian revolution to assess the degree to which the revolution is still relevant for our understanding of Iran today.

Naghmeh Sohrabi ’94 is the Charles (Corky) Goodman Professor of Middle East History and the Director for Research at the Crown Center for Middle East Studies. She is the author of the book Taken for Wonder: Nineteenth Century Travel Accounts from Iran to Europe (Oxford University Press, 2012) and numerous articles on Iranian history and culture. She is the 2014 recipient of the Andrew W. Mellon New Directions Fellowship, and in 2017-18, along with Prof. Greg Childs, she received a Mellon-Sawyer Seminar Fellowship in Comparative Revolutions. In 2015 she received the Bernstein Faculty Fellowship and a Provost Teaching Innovation Grant. She is currently writing a book on the experience of the 1979 revolution in Iran. Her courses include the history of modern Middle East and modern Iran, Nationalism in the Middle East, The Middle East and the West, History for the Global Citizen, and The Event in History.

It was great. In the hope that one day Iran will be free