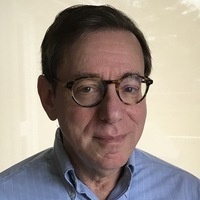 Emile Bustani Seminar: "The US and Middle East: What Went Wrong?"

The US and Middle East: What Went Wrong?

Since 1979, the US has paid a high price to advance its interests in the Middle East without very much to show for it. Middle Easterners have also paid a high price. The question, “What went Wrong?” is typically used to frame the debate about conditions in the Arab world that led to 9/11. The question could be applied as well to the United States in the years culminating in 9/11 and the two violent decades that followed. This presentation will look at the evolution of US policy from the Islamic Revolution to the present to identify the key ideas, political imperatives, strategic considerations, military performance and, not least, emotions that drove the policy process during this period, including an early assessment of policy in development by the Biden administration

Steven Simon is the Robert E. Wilhelm Fellow in Security Studies and International Affairs at the Massachusetts Institute of Technology.He served as the National Security Council senior director for counterterrorism in the Clinton White House and for the Middle East and North Africa in the Obama White House as well as in senior positions at the U.S. Department of State. Outside of government, he served as deputy director of the IISS in London and director of IISS/Middle East office in Manama. In the private sector, he was an advisor to the Court of the Crown Prince in Abu Dhabi and conducted research at RAND. He has taught at Princeton, Dartmouth, Amherst, and Colby and held fellowships at Brown, Oxford, the American Academy in Berlin and Council on Foreign Relations.  Simon is the co-author of The Age of Sacred Terror (Random House, 2004), winner of the Arthur C. Ross Award for best book in international relations and of The Next Attack (Henry Holt, 2006), a finalist for the Lionel Gelber Prize. He also co-authored Iraq at the Crossroads (Oxford, 2003), The Sixth Crisis (Oxford, 2010), The Pragmatic Superpower (Norton 2016), and Our Separate Ways (PublicAffairs 2016). His new book on the US and Middle East will be published by Random House next year.