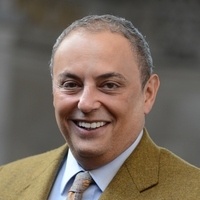 It has been seven years since the self-immolation of a Tunisian street vendor inspired a nation, and in turn a region, to rise up in defiance of a corrupt and autocratic regime and demand a better future. In the subsequent years since the overthrow of Zine al-Abadine Ben Ali, Tunisia has accomplished much on the political front: it oversaw the region’s first peaceful transition of power between an Islamist and secular party, passed a progressive constitution, and held free and fair parliamentary and presidential elections. But recent protests and strikes across the country remind us of the fragility of Tunisia’s nascent democracy.

The country continues to struggle with high unemployment, sluggish economic growth, rising debt, enduring signs of pervasive corruption, and an age-old problem of regional inequalities. Security breaches, particularly through Tunisia’s porous borders with neighboring Libya, pose a threat and have necessitated a state of emergency that has gripped the country since 2015. Civil society and government priorities clash over issues of security, transitional justice, and economic reform. What reforms might Tunisia’s coalition government seek to introduce to promote greater harmony and equality across the country? How are regional conflicts and rivalries influencing the small North African state? Can and should the international community do more to help Tunisia?

Drawing on his recent book, Tunisia: An Arab Anomaly (Columbia University Press, 2017), Professor Safwan Masri will examine the factors that have led to Tunisia’s democratic transition and how the challenges facing the country as it attempts to consolidate its democratic gains may be addressed. Focusing on Tunisia’s history of reformism in the domains of education, religion, women’s rights, and civil engagement, Masri will argue that Tunisia stands out not as a model that can be replicated in other Arab countries, but rather as an anomaly.

Professor Safwan M. Masri is Executive Vice President for Global Centers and Global Development at Columbia University. As an ambassador for Columbia, he cultivates relationships with Columbia alumni and with international leaders, essential to the continued development of a global Columbia. In this role, he helps coordinate various University-wide global initiatives, and works to extend Columbia’s reach to match the pressing demands of our global society. Masri’s scholarship is focused on education and contemporary geopolitics and society in the Arab world. He is particularly interested in understanding the historic, postcolonial dynamics among religion, education, society, and politics.