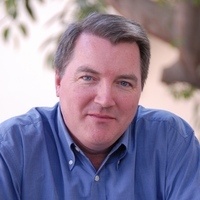 Emile Bustani Seminar: "Worst Humanitarian Crises of Our Time: Displacement and Destruction in Syria and Yemen"

"Worst Humanitarian Crises of Our Time: Displacement and Destruction in Syria and Yemen"

Since early 2011, both Syria and Yemen have been in the throes of displacement and near-total destruction. Syria has received far more attention than Yemen has over the past eight years due primarily to the international meddling in the war itself: Russia, Turkey, Saudi Arabia, UAE, Qatar, Iran, Hezbollah (Lebanon), ISIS, the US, Israel, Bahrain, Jordan… To varying degrees, all of these actors have been involved in maintaining the war itself, fueling the displacement and destruction of Syria. In addition, around one million Syrian refugees have made their way to Europe whereas Yemen’s victims – internally displaced families, famine and cholera victims, and refugees – have not forced their way into “Western consciousness” via the media or through millions of civilians seeking refuge in Europe or North America. Yemen has, finally, found its way into global consciousness due in large part to the brutal murder of Jamal Khashoggi at the hands of Saudi Crown Prince Mohammad bin Salman’s personal security detail, which led to increased US Congressional and media scrutiny of the Saudi war in Yemen and of US complicity there. After mapping out the humanitarian crises affecting both Yemen and Syria, the focus of this talk will be on Syria primarily.

Denis J. Sullivan is a Professor of Political Science and International Affairs at Northeastern, and the Director of BCARS, the Boston Consortium for Arab Region Studies, supported by the Carnegie Corporation of New York.  Dr. Sullivan is the author of a number of books, including: Egypt: Global Security Watch, with Kimberly Jones; Islam in Contemporary Egypt: Civil Society vs. the State, with Sana Abed-Kotob; The World Bank and the Palestinian NGO Project: From Service Delivery to Sustainable Development; among others; as well as dozens of journal articles, book chapters, and policy briefs. Sullivan’s current research and policy focus is on the Crisis and Future of Citizenship in the Arab Region, an expansion of his ongoing work on the Syrian refugee crisis and the impact of the crisis on host societies, especially Jordan, Lebanon, and Turkey.