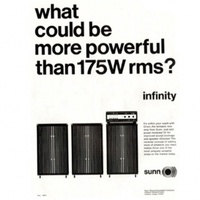 Enrique Ramirez is a historian and scholar of modern and contemporary architecture, urbanism and landscape. He has lectured widely and his writings, which cover a variety of topics, have appeared in publications like e-flux architecture, The Journal of the History of Ideas Blog, Harvard Design Magazine, The Avery Review, The Journal of Architecture (UK), Manifest: A Journal of American Architecture and Urbanism, Perspecta: The Yale Architecture Journal, Thresholds, AA Files, Quaderns, Materia, Places Journal and Pidgin Magazine. He contributed an essay to the companion volume for Le Corbusier: An Atlas of Modern Landscapes, an exhibition at the Museum of Modern Art in New York curated by Jean-Louis Cohen with Barry Bergdoll. Along with Alicia Imperiale, he was also a guest theme editor for the volume of the Journal of Architectural Education dedicated to the 20th anniversary of the publication of Rem Koolhaas’/Office for Metropolitan Architecture’s S,M,L,XL.

Enrique brings his former experiences as a lawyer and entertainment industry veteran to bear on his research, which considers diverse topics such as legal history and cinematic representations of landscapes. He is currently working on two book projects. The first, tentatively titled "Paths of Least Resistance: Aviation, Aerodynamics, and Architectural Modernity," considers how early interactions between aeronautical and architectural culture in France and the United States from the late 18th century until the beginning of World War I constructed new, modernized ideas about air and the natural environment. The second, entitled "The Environments of Global Fiction," uses Thomas Pynchon's historical novels to frame issues of architectural and environmental history from a distinctly global vantage point.

Enrique has a BA in History from Northwestern University and a JD from the George Washington University Law School. After studying urban planning at UCLA, he received a Master of Environmental Design from Yale School of Architecture. Enrique was a Whiting Honorific Fellow in the Humanities at Princeton University, where he received a PhD in Architectural History and Theory in 2013. His work has been recognized and supported by various organizations, including the Canadian Centre for Architecture, the Mrs. Giles Whiting Foundation, the Institute for Historical Studies at the University of Texas at Austin, and the Princeton Institute for International and Regional Studies. He is currently a member of the Global Architectural History Teaching Collaborative and an advisory editor for Manifest: A Journal of American Architecture and Urbanism.