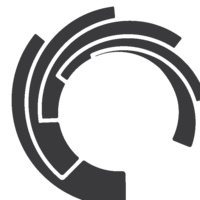 The Coming Challenges of PFASs in Water and Soil: Implications for Human Exposure

Abstract: The challenges posed by the widespread contamination of soils and groundwater by poly- and perfluoroalkyl substances (PFASs) are immense. Despite growing concerns about human exposure to perfluorooctanoate (PFOA) and perfluorooctane sulfonate (PFOS), other PFASs, particularly those derived from aqueous film-forming foams (AFFFs) have garnered little attention. Recent work using high resolution mass spectrometry (HRMS) has revealed that there are dozens, if not hundreds, of additional PFASs that may be associated with AFFF-impacted sites. While these other PFASs are likely present in AFFF-impacted drinking water, their presence and role in soils remains poorly understood. Importantly, many of these newly discovered PFASs have diverse chemical structures, including anionic, cationic, and zwitterionic moieties. In this seminar, the complexity of the challenges posed by the composition as well as the unique behaviors of PFASs will be presented and discussed.  In addition, the implications of potential biological exposures to these chemicals will be presented. Collectively, these data point to a need for a more comprehensive characterization of PFASs present in AFFF-impacted soils and waters and an understanding of their potential impacts to human and ecological health.

Christopher P. Higgins is an environmental chemist at the Colorado School of Mines (Mines). Dr. Higgins’ received his A.B. in Chemistry from Harvard University, and graduate degrees in Civil and Environmental Engineering from Stanford University. He joined faculty at Mines in 2009, and was promoted to Associate Professor in 2014.  His research focuses on the movement of contaminants in the environment. In particular, he studies chemical fate and transport in natural and engineered systems as well as bioaccumulation in plants and animals, with a focus on poly- and perfluoroalkyl substances (PFASs). Dr. Higgins has authored more than 70 peer-reviewed publications to date, and he has been an invited speaker at many national and international conferences. His research has been supported by the National Science Foundation, the National Institutes of Health, the U.S. Environmental Protection Agency, the U.S. Department of Agriculture, the U.S. Air Force, and the U.S. Department of Defense’s Strategic Environmental Research and Development Program (SERDP) and Environmental Security Technology Certification Program (ESTCP).