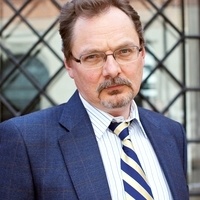 Focus on Russia: Great Power Competition in the Arctic

In this upcoming seminar, co-sponsored by the MIT Security Studies Program, Center for International Studies, and MISTI MIT-Russia Program, Dr. Pavel K. Baev will present on Russia's recent acticities in the Arctic and related developments in the regional political order.

Russia may not qualify as a Great Power on the global arena, but it is without doubt a “Great Arctic Power” – and seeks to uphold this status and to capitalize on it. There has been for the last 12 years a gradually-expanding discrepancy between two policy tracks: Developing international cooperation in the Arctic and building a position of military superiority in the Barents region. Presently, major setbacks on the first track and major advances on the second have distorted the balance between them and turned Russia’s Arctic policy excessively (and unsustainably) militaristic. Even the grand design for modernizing the Northern Sea Route (Sevmorput) is centered on military protection, while the economic rationale suffers. The only external impact that constrains the militarization of Russia’s Arctic policy comes, counter intuitive as it may seem, from China. The Arctic constitutes only a secondary avenue in the Belt & Road initiative, and investments are comparatively small, but they make a difference, particularly for the Sevmorput. What China doesn’t want to see in this region is arms race and military tensions, which could hamper its gradual economic “foot-printing”. Northern European states, while increasing their defense cooperation and relying on NATO activities, find it useful to increase ties with China, and in the escalating US-China competition, the Arctic could be an area of mutually beneficial interactions.