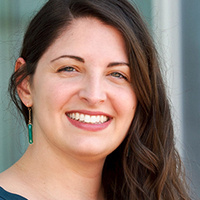 How to Prevent Coups d'Etat

Why are some leaders able to head off challenges to their rule from their own armed forces, while others are not? How to Prevent Coups d’état: Counterbalancing and Regime Survival argues that part of the answer lies in the ways in which rulers organize and use their coercive institutions. Where rulers counterbalance the military with presidential guards, militarized police, and militia, efforts to oust them from power are less likely to succeed. At the same time, however, this strategy can generate resentment within the military that ends up provoking new coup attempts. Drawing on an original dataset of coercive institutions in 110 countries over a span of fifty years, as well as case studies of coup attempts in Asia, Africa, Latin America, and the Middle East, the book sheds light on whether and how rulers can make their regimes impervious to coups. It shows that while counterbalancing may prevent successful coup attempts, it is a risky strategy to pursue—and one that may weaken regimes in the long term.