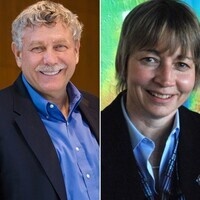 The Consequences of America’s Miracle Machine

In the 20th century, America led the world in scientific and technological innovation, with federally funded basic research leading to breakthroughs ranging from the Internet to the Human Genome Project, with many positive impacts on society.

More recently, possibilities ranging from autonomous weapons to eugenic application of genetic editing tools have made it clear that the rate of discoveries has outpaced our ability to predict their moral and ethical consequences. How the scientific community addresses these essential questions could mean the difference between societal benefit and dystopia.

Eric Lander, president and founding director of the Broad Institute of MIT and Harvard and a principal leader of the Human Genome Project, and Maria Zuber, MIT Vice President for Research and the E. A. Griswold Professor of Geophysics, will be joined by Communications Forum director Seth Mnookinfor a wide-ranging discussion on the ethical issues entangled in innovation and the real, and sometimes devastating, effects of invention without culpability.

Dr. Eric Lander is the president and founding director of the Broad Institute of MIT and Harvard. A geneticist, molecular biologist, and mathematician, he has played a pioneering role in the reading, understanding, and biomedical application of the human genome and was a principal leader of the Human Genome Project.

Dr. Maria Zuber is the MIT Vice President for Research and the E. A. Griswold Professor of Geophysics. Dr. Zuber was principal investigator for the Gravity Recovery and Interior Laboratory (GRAIL), the first woman to lead a NASA spacecraft mission, and the first woman to lead a science department at MIT. In her role as Vice President for Research, Dr. Zuber oversees research administration and policy for more than a dozen interdisciplinary research laboratories and centers.

Moderator: Seth Mnookin is the director of the MIT Communications Forum and director of MIT’s Graduate Program in Science Writing. His most recent book, The Panic Virus: The True Story Behind the Vaccine-Autism Controversy, won the “Science in Society” award from the National Association of Science Writers.

All Communications Forum events are free and open to the general public. This event is co-sponsored by Radius at MIT.