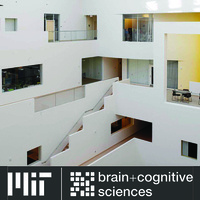 Abstract: TLDR // Political campaign advertising can win elections, but predicting which specific messages might change someone's mind is a challenge that neither academic theory, nor campaigns themselves, have come close to solving. //

Campaigns spend billions attempting to persuade voters -- with factual arguments, group cues, moral appeals, character attacks, and targeted messages tailored for a particular demographic -- yet such persuasion campaigns are often found to have only `minimal effects'. In this thesis, I investigate the current and potential impacts of campaigns' messaging in shaping public opinion. Based on evidence from a set of large-scale, randomized, online survey experiments which span multiple electoral contexts and policy issues, I draw the following conclusions. 1. While messages produced by real electoral campaigns have only minimal effects on average, they are highly variable: one message may be many times more effective than another for the same persuasive goal. 2. While political communication literature is rich with theory about the features of persuasive messages, I find from tests spanning many such theories that none can reliably distinguish strong messages from weak ones. 3. While techniques such as Moral Reframing claim to boost persuasion by `tailoring' messages with language suited to different subgroups, I find that theoretical subgroup differences are at best unreliable with mixed results across issues. 4. Even if theory cannot yet provide reliable _predictions_ of persuasion in diverse contexts, online experiments seem able to measure it meaningfully. I confirm that these experiments reflect not just a transient priming effect, but rather lasting attitude change as a direct consequence of message exposure.

These findings suggest two broad lessons for future research. First, 'what works' in persuasion is context/issue-dependent. Studies in political communication should therefore span multiple policy issues, in order to avoid a disconnected literature with contradictory conclusions drawn from idiosyncratic contexts. Second, while existing theory provides an unreliable basis for persuasion campaigns to choose their messaging, randomized experiments themselves can provide valuable evidence that distinguishes strong messages from weak ones. Therefore, campaigns' increasing use of experimentation should be viewed by scholars not only as a new source of data for researchers to learn what persuades voters, but as an important object of study in its own right with implications for the role of campaign messaging in democracy.