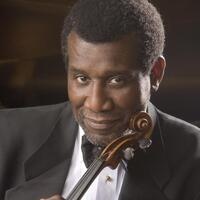 The program features music for solo viola and viola d’amore, with roots in various contemplative or religious traditions, ancient and modern, through which communities today seek unity and healing. The concert coincides with the anniversary season of Professor Thompson’s recital debut at the Isabella Stewart Gardner Museum on April 4,1968.

This performance is part of MIT Sounding.

The 2017–18 season of the innovative annual performance series MIT Sounding continues to blur the boundaries between contemporary and world music. Curated by Evan Ziporyn, faculty director of the MIT Center for Art, Science & Technology (CAST), this season of MIT Sounding integrates the avant-garde sounds of ancient instruments and traditional practices with cutting-edge composition and technology to present various visions of a new, evolving music that defies genre.

Free for MIT in advance, $5 at door, $15 general suggested donation

Department
Center for Art, Science & Technology
Add to my calendar

Amazing! There is begin the live show and they are singing a tune. They resemble a music band because it's best chance to visit https://www.topaperwritingservices.com/review-edubirdie-com/ for useful task. At the point when the band is playing and singing through and through, tune in to what you're doing and check whether it fits into the aggregate band sound.thank you