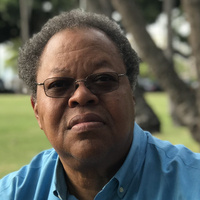 Why Do We Want Our Computers to Improvise? with George Lewis and Tod Machover

We hope you'll join us for this segment of the Media Lab Perspective Series where Professor Tod Machover will welcome George Lewis, Edwin H. Case Professor of American Music at Columbia University, in discussing "Why Do We Want Our Computers to Improvise?”

The loosely constituted field of interactive music has drawn upon AI and practices of free improvisation in creating a new kind of music-making that includes machine subjectivities as central actors. These "creative machines" have been designed to stake out musical territory, assess and respond to conditions, and assert identities and positions—all aspects of improvisative interaction, both within and beyond the domain of music. Meanwhile, theorizing relations among people and interactive systems as microcosms of the social promotes system design and real-time interaction aimed at achieving nonhierarchical, collaborative, and conversational musical spaces. The resulting hybrid, cyborg sociality has forever altered both everyday sonic life and notions of subjectivity in high technological cultures.  This talk will open up a set of question-spaces regarding the nature and impact of these transformations, as well as addressing the nature and practice of research, system design and performance with creative machines.

George Lewis is the Edwin H. Case Professor of American Music at Columbia University, Area Chair in Composition, and member of the faculty in Historical Musicology, is a Fellow of the American Academy of Arts and Sciences and the American Academy of Arts and Letters, a Corresponding Fellow of the British Academy, and an Honorary Member of the American Musicological Society. Lewis’s other honors include a MacArthur Fellowship (2002), a Guggenheim Fellowship (2015). and a Doris Duke Artist Award (2019). A member of the Association for the Advancement of Creative Musicians (AACM) since 1971, Lewis's work in electronic and computer music, computer-based multimedia installations, and notated and improvisative forms is documented on more than 150 recordings. His work has been presented by the BBC Scottish Symphony Orchestra, Ensemble Dal Niente, Ensemble Intercontemporain, London Philharmonia Orchestra, Talea Ensemble, International Contemporary Ensemble, Musikfabrik, Mivos Quartet, London Sinfonietta, Spektral Quartet, and others; his opera Afterword (2015) has been performed in the United States, United Kingdom, and the Czech Republic.  He is the author of A Power Stronger Than Itself:  The AACM and American Experimental Music (University of Chicago Press 2008), and co-editor of the two-volume Oxford Handbook of Critical Improvisation Studies (2016). Lewis holds honorary degrees from the University of Edinburgh, New College of Florida, and Harvard University.  His music is published by Edition Peters.  George Lewis is currently a Fellow of the Wissenschaftskolleg zu Berlin (Institute for Advanced Study) for 2020-21.
See:  https://music.columbia.edu/bios/george-e-lewis