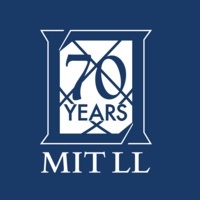 Join us via live webcast on 25 June at 2:00 pm for the 70th Anniversary Technical Impact seminar “Then and Now: 70 Years of Radar Development at Lincoln Laboratory,” presented by Mr. William Delaney. Mr. Delaney currently serves as the Director’s Office Fellow at MIT Lincoln Laboratory. He is a former Assistant Director of the Laboratory. His fields of specialty include radar techniques and technology, air vehicle survivability, advanced air defense, GPS vulnerabilities, ballistic missile defense, battlefield surveillance, and weapon systems analysis.

Mr. Delaney began his career with MIT Lincoln Laboratory in 1957. He has held management positions in missile defense, air defense, air traffic control, and battlefield surveillance, all involving radar systems. During a three-and-a-half-year assignment in the Office of the Secretary of Defense, he had responsibilities for research and development in strategic defense systems. At Kwajalein Atoll, Marshall Islands, he led the ARPA-Lincoln C-band Observables Radar (ALCOR) project, which developed the first long-range wideband radar. Today, this advancement is important in modern radar for missile and air defense and for satellite imaging.

Mr. Delaney is a graduate of RCA Institutes and holds a BEE degree from Rensselaer Polytechnic Institute and an SMEE degree from MIT. He was elected an IEEE Fellow in 1991. He has served on many technical advisory panels and is the recipient of the 2019 Eugene G. Fubini Award from the Secretary of Defense for his contributions to the Defense Science Board over a thirty-year period. He has received additional awards from the U.S. Air Force and the Navy, and in 2012 was elected a member of the National Academy of Engineering. Mr. Delaney has produced numerous reports and presentations on defense issues, and is the lead author of the book “Perspectives on Defense Systems Analysis” that was published by MIT Press in 2012.