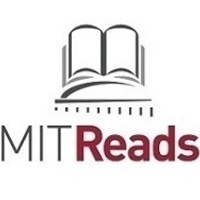 The MIT Libraries invites you to join the discussion about J.K. Rowling's The Casual Vacancy, chosen in partnership with Alpha Chi Omega.

Often characterized as “a big novel about a small town,” The Casual Vacancy is J.K. Rowling’s first novel for adults. Told against the backdrop of a seemingly perfect English town, it’s a tale of marriage, social class, and political intrigue that shines a light on social issues such as racism, poverty, domestic violence, and addiction.  All of this unfolds with Rowling’s characteristic eye for characters and story-telling flair, with a touch of dark humor.

Refreshments will be served.

Open to the entire MIT community.  Sign up to add this event to your calendar.

Accessibility information: There is a wheelchair-accessible ramp and entrance to W31 on Vassar St. which leads to an elevator. W31-110 will be on your immediate left when you exit. The Massachusetts Ave. entrance to W31 includes a short flight of stairs and handrails with a card reader and accessible motorized door button to the left, followed by a longer flight of stairs to the first floor with handrails on each side.