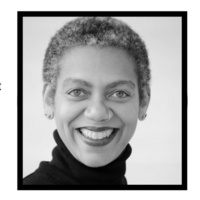 The celebrated novelist, essayist, and activist James Baldwin wrote in 1968 that “Americans” allowed “themselves the luxury of supposing” that Stokely Carmichael “coined the phrase ‘black power’” in June 1966. In actuality, maintained Baldwin, Carmichael "simply dug it up again from where it’s been lying since the first slaves hit the gangplank.”

This lunchtime presentation emerges out of Dr. Williams’ book-in-progress titled A Black Power History of the United States, which treats struggles over black power (or lack thereof) and white power as a dialectic.

Focusing on the centuries before the United States formally existed, Dr. Rhonda will discuss how white power and race, class, and gender oppression are not aberrations or mere flaws of the country; they are in its DNA. Indeed, the early colonizing imperatives and building blocks of white power in the “New World” – racial capitalism, patriarchal privilege, and the dehumanization of human beings – provided the economic, political, and social foundations for the nation. The tyrannical state of affairs, set in motion before the 19th century (and still with us even today), not only compelled, but also necessitated, black people’s struggles for self-determination.

Please join us as Dr. Rhonda invites us to release our own luxury of supposing in order to think more intentionally about how U.S. history is told and how that impacts us now.​