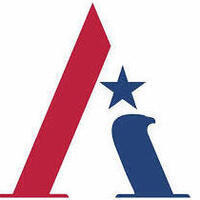 Please join the National Security Commission on Artificial Intelligence (NSCAI) for a conversation on the implications of artificial intelligence (AI) on national security and research. How the United States adopts AI will have profound ramifications for our immediate security, economic well-being, and position in the world.

The Commission’s Interim Report to Congress provides an initial assessment on AI’s relationship to national security, preliminary judgements on areas where the United States can do better, and suggests interim actions the government can take today.  The Commission looks forward to hearing from the MIT community on the types of recommendations that must be considered to prepare for an AI future.

The National Security Commission on Artificial Intelligence was established by the FY 2019 National Defense Authorization Act as an independent Commission to consider ways to advance the development of artificial intelligence, machine learning, and associated technologies to comprehensively address the national security needs of the United States.  The NSCAI is composed of 15 Commissioners appointed by Congress, the Department of Defense, and the Department of Commerce. It is led by Chairman Eric Schmidt, former CEO of Google, and Vice Chairman Bob Work, former U.S. Deputy Secretary of Defense.

The panel will have their Executive Director, Yll Bajraktari, the lead writer for their Interim Report, and the Commission’s Directors of Research and Analysis for each of the primary lines of effort.

Group
MIT Quest for Intelligence
Add to my calendar