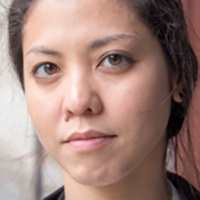 How do Cuban culture and media register the defining aspects of its transformation at the turn of the 21st century: the expansion of transnational capitalist markets, the proliferation of digital media, and the simultaneous reorganization of its official state ideology and its social imaginaries? This talk will explore competing narratives about Cuba’s postsocialist moment across a range of cultural and media practices—from music to memes—inviting us to consider whether we can continue to frame Cuba as a regional exception. We will also examine how revisiting our assumptions about digital media and cultural agency, both in Cuba and in the broader hemispheric context, can speak to the dreams and demands of constituencies that operate between, beneath, and beyond the pressures of global markets and the nation-state.

Paloma Duong is Assistant Professor of Latin American Studies at MIT. At the intersection of cultural studies, media theory, and political philosophy, Paloma researches and teaches modern and contemporary Latin American culture. She works with social texts and emergent media cultures that speak to the exercise of cultural agencies and the formation of political subjectivity. She is currently writing Portable Postsocialisms: Culture and Media in 21st century Cuba, a book-length study of Cuba’s changing mediascape and an inquiry on the postsocialist condition and its contexts. Her articles have been published in the Journal of Latin American Cultural Studies, Art Margins, and Cuban Counterpoints: Public Scholarship about a Changing Cuba.