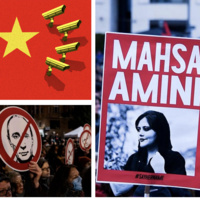 In 2021, the Freedom House reported a 16-consecutive-year decline in global freedom and estimated that 40 percent of the global population live in “Not Free” countries. At the same time, protests in China, Russia, and Iran are among the most hotly-debated issues in world politics. The expansion of non-democratic rule and the global eruption of anti-authoritarian popular movements raise some important questions: How do authoritarian leaders control their citizens to ensure the regime’s survival? How are similar tools used in democracies on social movements? Does ever-advancing digital technology facilitate or dampen authoritarian repression? What are the consequences of repression on society? When are pro-democracy movements most likely to succeed?

This four-part IAP lecture series offers some answers to these questions by drawing on seminal works and cutting-edge research in comparative politics. Each lecture will leave time for Q&A.

No prerequisites, no homework, not for credit.

Lecture 4 (1/31) What explains authoritarian durability in some countries? Why do some protests lead to democratization? Country cases: Egypt, Tunisia, China, Russia.