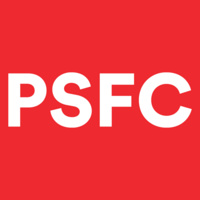 Experimental efforts to study fusion and astrophysical plasmas have produced significant scientific advances but remain challenged by diagnostic access and limitations. Hence, there is a need for high-fidelity computational models to support experiments. A hierarchy of models, ranging from magnetohydrodynamic (MHD) to fully kinetic, are developed and applied across a wide range of parameter regimes in the Plasma Dynamics Computational Laboratory at Virginia Tech. This seminar will focus on high-energy-density plasma studies of hydrodynamic and magnetohydrodynamic instabilities relevant to fusion and astrophysical plasmas. The Rayleigh-Taylor instability (RTI) has been known to play a critical role in producing hydrodynamic mix at material interfaces, being particularly detrimental during the deceleration-phase of an inertial confinement fusion implosion. Self generated and externally-applied magnetic fields significantly impact RTI growth even for high-beta plasmas where the plasma pressure is many orders of magnitude greater than the magnetic pressure. More specifically, magnetic fields have the utility of damping instability growth if appropriately oriented with the interface thus providing a mechanism for mitigating hydrodynamic mix. Multi-fluid plasma simulations of hydrodynamic mix will be presented along with mix mitigation techniques which include viscous, ablative, and magnetic stabilization of RTI. The impact of transport and magnetic fields on RTI-induced turbulence will also be presented. Other HED research topics being pursued in the computational laboratory will be discussed briefly.