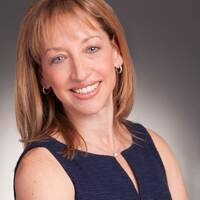 Abstract: Ms. Singer will discuss how families’ experiences with autism have changed from the 1960’s to the present. While options and opportunities for people with autism are still severely lacking, there have been tremendous advances in awareness, diagnosis, treatment and services since autism was first identified. Alison will describe the different cultural climate her older brother faced when he was diagnosed in 1968 compared to her daughter’s experience being diagnosed in 2000.  Over the past five decades individuals with autism have gained important rights and protections, but these improvements can quickly erode without continued family advocacy.

Alison Singer is Co-Founder and President of the Autism Science Foundation, a non-profit organization dedicated to funding innovative autism research and supporting the needs of people with autism. As the mother of a 22-year-old daughter with autism and legal guardian of her older brother with autism, she is a natural advocate. Singer served on the federal Interagency Autism Coordinating Committee (IACC) for 12 years, where she chaired the Safety and Housing Workgroups, and served on the subcommittee responsible for writing an annual strategic plan to guide federal spending for autism research. She currently serves on the executive boards of the Yale Child Study Center, the Seaver Autism Center at the Icahn School of Medicine at Mount Sinai, the Marcus Autism Center at Emory University, and the University of North Carolina Autism Research Center, as well as on the external advisory board of the CDC’s Center for Developmental Disabilities, and the New York State Immunization Advisory Committee. In addition, Singer serves on the board of directors of the International Society for Autism Research (INSAR) and chairs the INSAR Communications Committee. In 2012, the American Academy of Pediatrics named her an “autism champion.”  In 2017 she received the INSAR “Outstanding Research Advocate” award and in 2018 she received the New York Families for Autistic Children Research Advocacy Award.