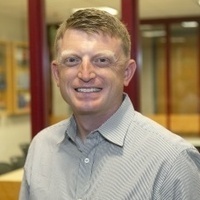 The Iranian hostage rescue attempt––dubbed Operation Eagle Claw––is an often-cited but less understood mission that contributed to the creation of United States Special Operations Command (USSOCOM) in 1987. Using Graham Allison and Philip Zelikow’s Models of decision making from their work Essence of Decision, the thesis explores alternative explanations on why the rescue mission failed using the Organizational Behavior and Government Politics Models of decision making. After further scrutiny, the Government Politics Model reveals an asymmetric need for OPSEC by President Carter’s National Security Advisor. The desire for secrecy resulted in organizational imperatives by the military that ultimately limited preparation for the audacious mission. As SOF continues to provide presidential administrations options in opaque political environments, like Eagle Claw, senior leaders––both soldier and statesman––must recognize the tension between the growth of SOF quantity to meet increasing strategic demand and the attrition of SOF quality by organizational imperatives. The management of this dilemma will characterize the future of SOF.  During this talk, I will share several critical elements of my career that led to my interest in the thesis and some operational vignettes from my time in Command of SOF aviation Combat Units