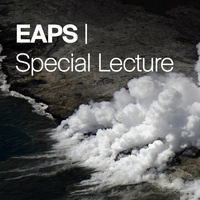 "Slow earthquakes have been discovered over the last two decades in many subduction zones in the world based on development of observation system and detection methods. Slow earthquakes, composed of various types of events with different time scales, are mainly distributed at downdip and updip sides of the huge earthquake seismogenic zone along the subducting plate interface. Originally, slow slip event and tremor were discovered independently in Cascadia and SW Japan; however, collaboration of geodesy and seismology contributed to the discovery of ETS (Episodic Tremor and Slip). Based on recent development of ocean floor observation technology, all types of slow earthquakes already detected at deeper portion have just been discovered at updip portion near the trench, too. Therefore, slow earthquakes are considered as transitional phenomena at the transition zone between locked and stable sliding zones at both sides of the locked zone. These slow earthquakes indicate many characteristic activity patterns which might be related to the occurrence of huge earthquakes. In this presentation, I introduce the discovery process of various slow earthquakes, their characteristic activity pattern and possible connection to huge earthquakes."

Department
Department of Earth, Atmospheric and Planetary Sciences
Add to my calendar