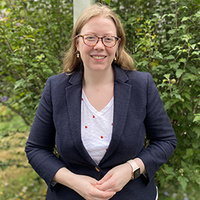 The future direction of American foreign policy is more open than it has been in decades. With the failures of the War on Terror, and the rise of China, Washington’s foreign policy community appears to increasingly accept the need for some kind of course correction in foreign policy, but remains divided on the specifics. Perhaps the most notable element of this debate has been the growing influence of restraint, the idea that the United States should have a less militaristic and activist US foreign policy. But advocates often tend to focus on the things that unite them – criticism of the status quo – rather than the things that divide them (i.e, the question of what to do instead). The most viable consensus path through which restraint could become the dominant strand of strategic thinking among US policymakers is a kind of pragmatic Realist Internationalism which reflects the insights of a grand strategy of offshore balancing (hence realist), while augmenting these insights by emphasizing the continued importance of American internationalism (i.e, non-military engagement with the world).