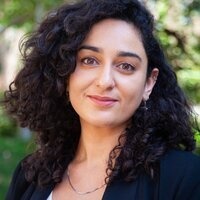 Sulafa Zidani, “Messy on the Inside: Internet Memes as Mapping Tools of Everyday Life”

With the proliferation of social media, internet memes have become a ubiquitous part of everyday communication. However, the power of memes cannot be fully understood without considering their role in the complex relationship between technology, space, and politics. This talk will conceptualize memes as cultural mapping tools—tools that chart out the cultural hierarchies in relation to spatial and political relations for their makers and users. Focusing on memes made by Palestinians in mixed cities, new Comparative Media Studies/Writing faculty member Sulafa Zidani will explore how memes function both in navigating the contested cultural and spatial politics and carving out space in the cultural landscape for youths’ aspirations. She concludes by discussing what we can learn from the absences in the memes, and how using memes as mapping tools can help us understand the cultural and political landscape in which meme makers operate.

As a scholar of digital culture, Sulafa Zidani writes on global creative practices in online civic engagement across geopolitical contexts and languages such as Mandarin, English, Arabic, Hebrew, and French. She has published on online culture mixing, Arab and Chinese media politics, and critical transnational pedagogy in venues such as Social Media + Society; Asian Communication Research; Media, Culture & Society; International Journal of Communication, and others. She is the co-editor of the forthcoming anthology, The Intersectional Internet II: Power, Politics and Resistance Online. Outside of the academy, Zidani is an accomplished public educator. As a facilitator for the Seachange Collective, she has led workshops on antiracism and social justice for organizations such as NowThis, Gimlet Media, The Onion, and The Writers Guild of America. Her public writing on popular culture and politics has appeared in Arabic and Anglophone publications.