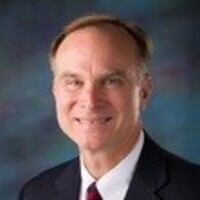 The transition to clean energy is a pressing and complex challenge facing engineers presenting career opportunities for current students and postdocs. This talk will provide an overview of the energy transition landscape and information on how to utilize MIT resources to pursue this impactful career path.

About Speaker
Thomas S. Popik is the Chairman and President of the Foundation for Resilient Societies. Mr. Popik studies the regulation of electric grids for reliability under both the cost-of-service and market-based models. He has testified on electric grid reliability before the Federal Energy Regulatory Commission, the Canadian Parliament, and the legislatures of multiple U.S. states and has been quoted in the Wall Street Journal, Politico, The Economist, Reuters, and USA Today. Mr. Popik holds a Master of Business Administration from Harvard Business School and a Bachelor of Science in Mechanical Engineering from MIT. In his early career, Mr. Popik served as an officer in the U.S. Air Force, with a final rank of Captain. Mr. Popik was a co-founder of the Academy for Science and Design, a New Hampshire charter high school specializing in science and math instruction with a student body of 500.