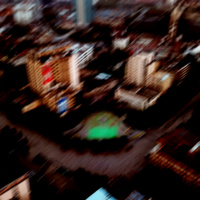 The Future of Pristina

Co-hosted by the Norman B. Leventhal Center for Advanced Urbanism at MIT and Kosovo Architecture Foundation.

The lecture will be hybrid; in-person in 9-255 or register for webcast here.

Liburn Aliu is a trained architect with a background in built heritage conservation and construction. From 2014 to 2018 he served as the head of the Pristina City Planning Department where he was praised for introducing transparent planning procedures and halting all illegal constructions in the city. In March 2021 he was named Kosovo's Minister of Environment, Spatial Planning, and Infrastructure. In Kosovo: Planning the Unplanned? he will be speaking about his territorial approach to forging sustainable development in Kosovo.

An architect by profession Përparim Rama was elected as the Pristina Mayor in December 2021.  He ran on a campaign to make Pristina a more pedestrian, green, sustainable as well as a fun city. In his presentation, Unlocking Pristina's Potential, Mayor Rama will be speaking about the challenges Pristina faces but also the opportunities that the capital city of the country with the youngest population in Europe offers.