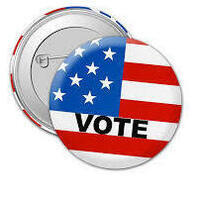 The November Elections: Thoughts and Considerations: A Lunch-Time Series

Join us for a series of Wednesday lunch-time discussions beginning on October 3 focusing on the upcoming elections and how we might work towards a more just and civil society. Topics will include redistricting, the dramatic increase of women candidates, the vulnerabilities of voting technology, how to talk across the political divide with civility, and how tech and tech workers can become a political movement.

October 3, Can We Ever Get It Right? Voting Technology 2018: Suzanne Mello-Stark, of the University of Rhode Island will address the vulnerabilities of voting technology.

October 10: Women and the 2018 Elections: A Conversation with Mary Anne Marsh: Ms Marsh, an internationally recognized political analyst, will lead a discussion on the role of women--as both candidates and voters, in this fall's election.

October 17: Fairness in Redistricting: What Is a Gerrymander Anyway? And How Can It Effect the Elections? Moon Duchin, Associate Professor, Math and Director of the Science, Technology and Society program,Tufts University will discuss gerrymandering and its effect on the 2018 elections.

October 24: Creating Civil Conversation Whether Knocking on Doors in Iowa or Down the Hall:  Derek Black, former white nationalist; graduate student, University of Chicago will share his experience of commonplace aspects of white nationalism and explore ways to have conversations to oppose it in situations that are constructive, combative, or some combination of the two.

October 31: The Internet We Want: How Do We Turn the "Techlash" into a Political Movement?  Ben Tarnoff, is a tech worker, Guardian columnist, and founding editor of Logic magazine. Moira Weigel is the author of Labor of Love and co-founder of Logic magazine.