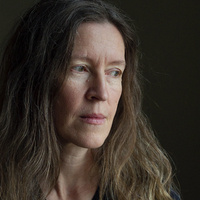 Many apps allow people to create a virtual likeness of themselves for fun social media purposes, but can digital doubles become agents in a narrative simulation? Captured explores digital doubles as actors in a collective scenario depicting social injustice. Captured is an immersive experience that captures your face and creates a new identity for you in a collective scenario taking place in a virtual world. Captured enables people to step into a virtual world as a digital double, making them actors and spectators at the same time. The doubles participate in a simulation depicting an unsettling cyclical performance of social humiliation, each taking different roles in the so-called bullying triangle, consisting of the bully, the target, and the bystander.

Hanna Haaslahti is a media artist working with image and interaction based in Helsinki, Finland. Her tool is computer vision and she’s interested in how machines shape social relations. Her artworks generate new narrative interactions between people, and she explores possibilities of human-machine-human collaboration. She is inspired by scientific research on perception and vision as well as everyday observations about life in the age of machines. Captured premiered in BFI London Film Festival Expanded last year.