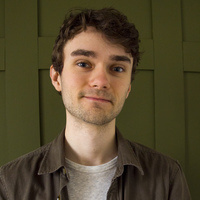 How We Met in Virtual Reality: Capturing Social VR on Film

Joe Hunting’s new film We Met in Virtual Reality, which premiered in Sundance Film Festival’s World Cinema Documentary Competition this year, follows the lives of real life couples who met in VR during the pandemic. Hunting’s innovative film draws us into the new medium, using it to tell its fascinating and contemporary story. Join this discussion to discover how exactly Hunting realized the film, and how he tangled and crossed the lines that separate VR from documentary film, encouraging audience members and filmmakers to think in new ways about the form.

Joe Hunting began his journey capturing heartfelt portraits from VR in 2018, releasing his first award winning short film A Wider Screen in early 2019, at the age of 19. Whilst completing his film production degree in 2020, he shot and directed another award winning short doc and a comedy series titled Virtually Speaking filmed entirely inside VRChat, which both screened at festivals internationally. After graduating, Hunting has been shooting works in VR full time, and is currently touring his debut feature film We Met in Virtual Reality across festivals.