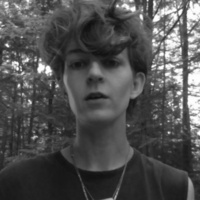 The first headset that allowed for digital and physical space to co-exist in the perception of the viewer was called The Sword of Damocles, from Cicero’s story of superficial luxury overshadowed by the threat of annihilation, an unintentional parable for our time of digital abundance and climate crisis. A pink palace in 1970’s Florida, the playgrounds of post-war Amsterdam, and contemporary Discord channels become sites to think through the relationship between simulation and climate, and the possibility for stories that create new relationships between the body and both physical and digital worlds.

Kathryn Hamilton aka Sister Sylvester is a performance and film-maker based in New York and Istanbul. Recent work has included lecture performances and essay-films that consider the stakes of new technologies from simulation to bio-tech. Most recently, Our Ark, a film collaboration with Deniz Tortum, premiered at IDFA, and has screened at True/False, First Look at the Museum of the Moving Image, HotDocs and Taiwan International Film Festival.  Performance work has been seen at The Public Theater, National Sawdust, Abrons Art Center and JACK in NYC, Arcola in London, Bozar Fine Arts Museum in Brussels and Frascati in Amsterdam. She has taught or mentored students at Columbia University, University of Colorado, NYU and Boğaziçi, Istanbul; and she spent the years 2011-13 in disguise as a French diplomat in New York.