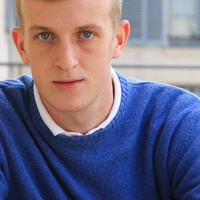 Author Édouard Louis, "What literature can do: Literature, shame and politics"

Is literature a tool to expand our awareness and challenge society?
Or does it reinforce the existing social order and its violence?

Édouard Louis was born and raised in the town of Hallencourt in the North of France, which is the setting of his first novel En finir avec Eddy Bellegueule (published in English as The End of Eddy). His work deals with class, sexuality and violence. His two first novels were translated into more than 25 languages. He is also the editor of a scholarly work on the sociologist Pierre Bourdieu, and the coauthor, with the philosopher Geoffroy de Lagasnerie, of “Manifesto for an Intellectual and Political Counteroffensive”, published in English by the Los Angeles Review of Books.

The MIT Global France Seminar aims to bring together MIT faculty, instructors, and graduate students from across disciplines interested in the study of French and francophone cultures around the world. The seminar series is free and open to the public.

Department
Global Studies and Languages
Add to my calendar